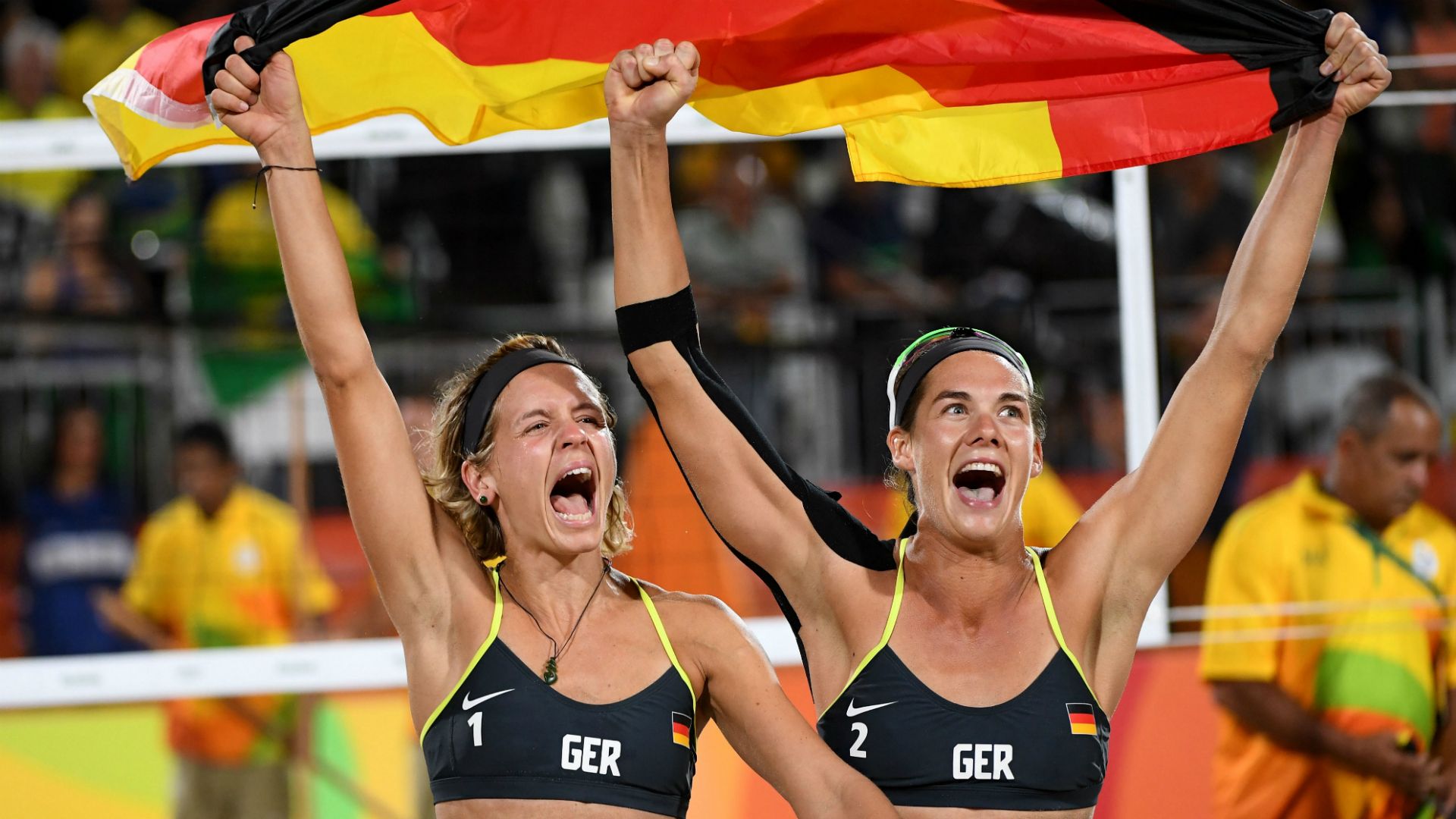 Recognized as an Olympic discipline in 1996, beach volleyball has become a popular sport and has millions of followers around the world. In this article, we will walk you through its main rules and how you can get started in this healthy, fun, summer competition. Beach volleyball is an energetic, technical, and fun sport, ideal for playing with fabguys this summer.

In beach volleyball, two teams compete on a court separated by a central net. The goal of both teams is to pass the ball over this net to the opposing ground. The ball can be hit with the hand, but it cannot be caught or held.

Each team has a limited number of touches to return the ball to the opposing court. It can be touched with the hands, arms, or any other part of the body.

What are the specific rules for Beach volleyball?

The official rules of the International Volleyball Federation (FIVB) are as follows:

Field measurements: the field is a rectangle 16 meters long by 8 meters wide, starting from the outer edge of the lines delimiting the playing field. Around the playing field, there is a safety strip without obstacles of 3 meters wide. The playing area must be separate from the public areas.

Players: the official game field is set for two people versus two people.

Allowed hits: when the ball is in the game field, players of a team can only make a maximum of three hits in a row.

Ball: the outer surface must be made of soft material (leather or synthetic), which does not absorb moisture, with a rubber interior. Bright colors like orange, yellow, pink … or a combination of colors. The circumference of the balloon will be 66 to 68 centimeters and its weight from 260 to 280 grams.

Equipment: the outfit consists of a top (sleeveless T-shirt for men and “top” for women) and bottom (shorts for men and bikini for women or swimsuit). T-shirts must be numbered from 1 to 12 on the front, with a different color from that of the T-shirt or pants. Players may also wear a cap, visor or headband, sunglasses, knee pads (approved by the technical committee of the event), a watch or bracelets.

Signs, lines: they are made by elastic bands, flexible, resistant and without sharp edges, about 5 centimeters wide. Anchors in the sand should be synthetic or wooden, to a depth of at least 25 centimeters.

Sand: the playing field must be composed of level sand, as flat and uniform as possible, without stones or shells.

According to the FIVB Beach Volleyball Exercise Manual, training or warming up for beach volleyball helps reduce the risk of injury and promote play situations.

Players not only need to be skilled with the ball but also need to be able to deal with the adversities of outdoor play, such as loose sand, sun, and wind.

We mainly work on the resistance of the legs and balance, since the body must adapt to an environment to which we are not used: the sand (where we also practice sandboarding), a surface where we weigh more and lose of mobility.

Volleyball is less demanding on the cardiovascular level, but the aerobic part (jump, speed, and lightness) is fundamental. The calves, glutes, and quads are exercised through the constant squat position (legs bent) and jump.

How different are traditional volleyball and beach volleyball from each other?

Beach volleyball is a variation of volleyball, but with a few differences:

Court: Beach volleyball is played on the sand, usually on the beach, although tournaments on artificial courts are also common, you might even broadcast some of them through xvideo.

As you can see, these two hand sports seem to merge, but all the same, keep their specific characteristics of the rules to the types of balls which makes them two disciplines at the Olympics.

How beneficial beach volleyball is for your health?

Volleyball is a fun, non-contact sport with simple principles. Indoors, on the grass or the sand, you should always start with having fun.

Volleyball is a sport where you can start at your own pace. In leisure and between friends, you can easily adapt the rhythm of the exchanges and therefore of the match according to your capacities. In the game, you repeat short and energetic efforts: it means that you can start without having great endurance because you develop it as you practice without losing sight of the initial pleasure of volleyball.

Are you more cardio or a force player? In volleyball, you can combine the two. With volleyball, you practice short, intense, and repeated efforts. Your races, your jumps, and your strikes are done over a few fab swingers and a few seconds. You work on your explosiveness – it’s your ability to accelerate during your movement – and your power: it is the force you put into your movement after the acceleration.

We’re not going to lie to you, you’ll still be doing laps at the start of the warm-up. But you gradually improve your endurance and gain tone thanks to the alternation between rest phases and short exertion phases.

In volleyball, you run, jump and sometimes you dive. For your muscles, it’s complete!

The suit is one of the synonyms of the receiver-attacker position. And it’s also your muscles with volleyball! Your legs are constantly solicited: defense involves flexible and lively support, legs bent. Short runs and jumps strengthen your calves, thighs, and glutes.

In attack, you work your arms, shoulders, and pecs. And as you jump, your back and core strength.

With the technique and gestures of volleyball, you will therefore benefit from a complete and balanced work on your speed, your reflexes, your address, and your coordination.

In the ball game as in the team game, volleyball is a trading sport.

The rules of volleyball transform it into the ultimate team sport: no contact with the opponent and no one keeps the ball!

Indeed, with three touches to return the ball and the prohibition to make a double touch, you exchange constantly with your partners.

Besides, some positions give you special responsibilities: in passing, you organize the game and you put your partners in good attacking conditions. At the libero post, you specialize in receiving to relieve your attackers. To keep the ball alive, you, therefore, rely on trust in your partners and team cohesion.

In conclusion, you will gain strength and health at the same time that you train your mind and your teamwork/leadership skills

A brief history of beach volleyball in Germany